Issues of the Heart

Steven Lee’s heart transplant saga began with bone cancer when he was a teenager.  His emotional journey is an inspiration to many who struggle with heart disease. Here is his story in his own words.

I had bone cancer as a teen. 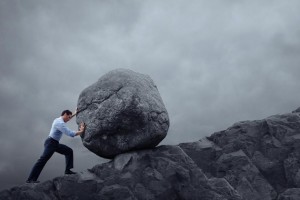 Between 16 and 18 years of age I had radical chemotherapy for a Euwing Sarcoma.  One drug was at lethal levels and the doctor had to personally sign out the amount and hang it himself.   That drug happened to be Adriamyacin. It is known to be cardio toxic, and it was indeed.   They just didn’t know how toxic it was back then.

Damage was done on the first dose probably to the heart, and that was back in 1986.

Fast forward a decade and I started putting on weight.  I felt more tired.  I developed diabetes. I thought I was just eating badly and not taking care of myself. I am sure that was part of it, but in the background my heart had started failing, decompensating, in a big way.

I lost my job due to absenteeism. It just seemed that my weight went up and energy went down, and other problems like liver and blood sugar control got worse.

When, one night, I woke up not being able to breathe correctly, I knew something was seriously wrong.

I went to a Lung doctor, and after some tests he said I should see a cardiologist immediately.

I went to a cardiologist, and he said that I had severe congestive heart failure and had probably already had several heart attacks.

Well.  You can imagine the sheer emotional impact of such a statement. Before I could process that, I was hospitalized that same afternoon, and they started trying to get the fluids off, improve the breathing, stabilize the heart, etc.

In 13 days I lost 34 lbs of water weight. They finally got all the balances correct and the proper meds for home, and I started on this odyssey of life and death living.

Now let me say something about life and death living. It is difficult. It is limiting. It is sometimes depressing and sometimes infuriating. Most of all, it is lonely.

What made this difficult was not only the exhaustion that CHF brings, but that I was way out in the country, and the nearest town of any size was 20 miles away.

Yet, I managed with finding a church and friends and support. I do not know how others do this alone. It would have been impossible.

So from 2004 to 2010 they managed simply through medications to keep my heart out of the transplant zone. While this was good news, my life became more limited over time. The activities I took for granted were being systematically curtailed.

For example, I was in the church choir and had to give it up due to exhaustion and not being able to sing properly. I had to give up working with the youth at church as well.

Emotionally, any chronic illness is limiting. It takes enormous effort to change one’s thoughts so that you don’t get locked into depressive ways of thinking. I know that it took multiple family interventions and a knock on the head by a dear friend of mine to finally get me to start changing my thoughts and getting out of depression.

That is the funny thing about heart failure. The heart represents the powerhouse of the body. However, it also represents the powerhouse of the emotions. When the physical organ fails, the emotions sometimes go haywire as well. Depression is the number one emotional complaint, or condition of those with heart issues. Intervention is sometimes needed.

The Hoops One Has to Go Through

Finally in 2010 my heart became bad enough that I was told I would have to have a transplant.

Now let me tell you, it was the biggest shock since the original diagnosis. I had to have a heart to survive. To live any modest length of time, someone else’s flesh had to be given to me. Someone had to die to give me life.  I still have trouble wrapping my heart and mind around that one.  Even today.

So when this happens they run a plethora of tests. I mean plenty. Weeks worth. Any failure on any of them could delay or even invalidate a transplant option.

So I cleared all those hurdles. Then came the other doctors.

You have to have a dentist visit. It sounds petty, but if you have any kind of periodontal disease, or infection, or other conditions, they must be addressed and cured before getting on the transplant list. Also gone are those yearly visits as you are now required every 6 months to have a dental checkup.

You have to see an optometrist. No.  I am not making this up. They need to check your retinas, glaucoma, etc.

You have to see a dermatologist. Again to make sure that nothing is cancerous or pre cancerous or any other kind of infectious or serious skin condition. Yes. Once again, every 6 months.

It is an enormous process to go through. And then you have to pass the psych test with the psychologist on staff. This one was nerve wracking. I tend to be honest and open. I also tend to put my mouth in my foot (or something like that). Since I had been depressed before, I was afraid that the doc would say I was emotionally unable to commit to a transplant and all that it entails. I did pass. Thank god.

So I as put on the list as a status II. This is a person who needs no extreme assistance other than medications to survive. It is the lowest on the totem pole however. I was warned that it might take some time.

Well, it did. I was on as a status II for 26 months. My condition had improved sometimes and gotten worse others. During one of the worse times, I was told about an LVAD. The statistics were on the side of getting one. An LVAD is a mechanical pump that takes over the functions of the left ventricle. It is implanted directly in the chest cavity and it is a complex operation with several possible complications in not only recovery but in surviving day to day with it.

Something in my gut could not get over the idea of having one.  I refused.   The surgeon and my cardiologist at the time thought it was not the wisest move on my part.  It wasn’t.

Yet, I made the choice to not have anything done. I improved a bit and was out of the danger area.  Looking back I know that I was really taking a risk.

When you have severe congestive heart failure, your organs are not receiving the blood volume, the oxygenation, the nutrition that normally would be there. The organs can fail. his can be gradual but it can also be immediate. I was taking a chance at my own life.

My heart continued to slowly, ever so slowly, get worse. Ten months ago I was told again about the option for the LVAD.   Again that gut feeling that I could not overcome.   Yet, this time I knew that by putting off the decision I was really putting my life in the hands of chance.

I talked with other LVADers and doctors and looked at the studies and everything in between.  If it was simply a mind-choice, a logical decision, I would have received one.  Yet it was not.

Finally, one of the staff pointed out that I could do IV inotropes as an interim bridge to transplant. This would involve only a PICC line and a 24/7 IV pump attached to it. It would be portable and give me some time. If my heart continued decompensating then the LVAD was always there as the other option. I went for it.

Now you have to go into ICU and be connected to all kinds of machines for the titration of an inotrope. They need to know your cardiac numbers like wedge pressure and atrial pressures and ventricle pressures. hey do this by feeding a wire with sensors into your heart and leaving it there for several days as they play with the amounts of inotropes to give you. It is uncomfortable. This big collection of wires and tubes and stuff coming out of my neck was very restricting. I hated it actually. Though, after three days I was out of the ICU, they took the sensors out and I felt free.

The inotropes almost doubled my cardiac output. I was pumping twice the blood that I was before; so in this sense it was a success. Though I knew that for some, the body would adjust and the inotropes become ineffective sooner or later.  I also knew that one year survival for most on IV Inotropes was about 44% at the time, compared to about 78% for LVADs. So I prayed that my heart would show up before that happened.

I went home with a portable pump, bags of IV’s and instructions. Weekly nursing visits to my home went on to change out drugs, dress the line, and address any concerns I might have.

I hunkered down to the long haul. The one real advantage to doing inotropic therapy is that is pushed me from a status II on the transplant list to a status 1B. 1B is where extreme or external assistance is required. It is also much more likely to get a heart as a 1B than as a II.

Three weeks and a half into the inotropic therapy, the call came for a new heart.