Could LVAD’s Be Used to Prevent Heart Failure? One Study Says Maybe! 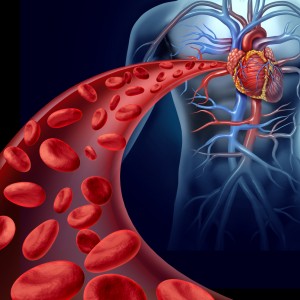 There is evidence that use of the #LVAD could actually help prevent heart failure.

A new study led by UT Southwestern Medical Center researchers suggests that the long-term use of left ventricular assist devices(LVAD) by patients who suffer from heart failure issues might induce the regeneration of heart muscles, as it prevents oxidative damage thanks to a cell-regulator mechanism.

The study was published in the Journal of the American College of Cardiology.

LVADs are devices implanted in patients awaiting heart transplants; they are mechanical pumps that act as substitutes for the damaged heart, pumping blood throughout the body.

Dr. Hesham Sadek analyzed DNA markers of damage and cell proliferation in 10 patients, assessing them in pre- and post LVAD situations. The team based their study on previous data that demonstrated the capacity of newborn mice hearts to regenerate through activation of cell division. In this project, researchers showed that by assisting the damaged heart through LVADs usage, the oxidative stress of heart muscle cells would be alleviated.

The research team found that those who used LVADs for six or more months had a 3-times higher rate of cardiomyocyte proliferation.

“This result shows that patients with mechanical assist devices have the ability to make their muscle cells divide. And the obvious question now is, ‘Are these hearts regenerating? Could LVADs be used as a cure for heart failure?’” said Dr. Sadek.

Dr. Pradeep Mammen, Associate Professor of Internal Medicine at UT Southwestern and co-senior author of the study, added, “Putting in a mechanical pump rests the heart and apparently sends a signal to make new heart cells.  This is the first time that this phenomenon has been shown to occur in human heart failure.”

It is estimated that 6 million Americans live with high risk of heart failure, according to the American Heart Association. This incidence is expected to increase over the next 2 decades as the population ages and available treatments improve survival rates.

“This is an exciting advance. We have a long way to go, but hopefully this study will be an important first step (…),”concluded Dr. Mark Drazner, Professor of Internal Medicine and Medical Director of the Heart Failure, LVAD, and Cardiology Transplant Program.